In our house, our birthday breakfast choice is almost always cinnamon rolls. Whether homemade or from a pre-made roll, there is something so comforting and delicious about ooey-gooey cinnamon rolls. We recently celebrated my son's birthday, and I didn't realize until the morning of that I didn't have any pre-made cinnamon rolls on hand - and I also neglected to make the dough the night before (second kid😳). Out of necessity that morning, this recipe was born. And we were not disappointed. 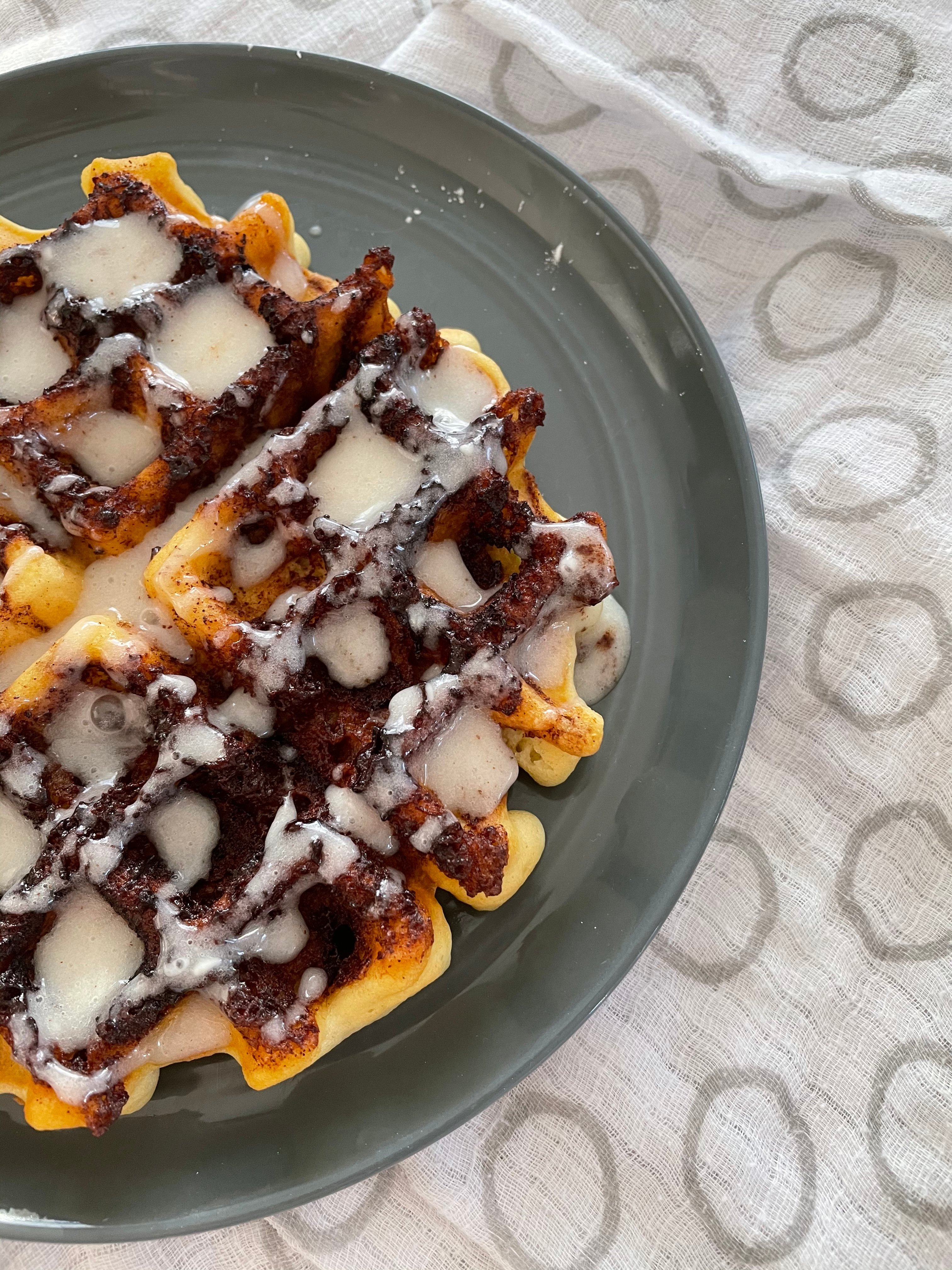 ~prepared waffle mix (prepare according to the directions on the box), make enough batter for 4 waffles

1. Combine melted butter, sugar, and cinnamon in a bowl and set aside.

2. When the waffle iron is hot, pour in the prepared waffle mix. Take a spoon and place the cinnamon filling in a swirl. If it isn't swirling as much as you'd like, use a toothpick to make it more "swirly".

*If the cinnamon mixture is sticking to the waffle iron, you made need more oil spray when you start. * 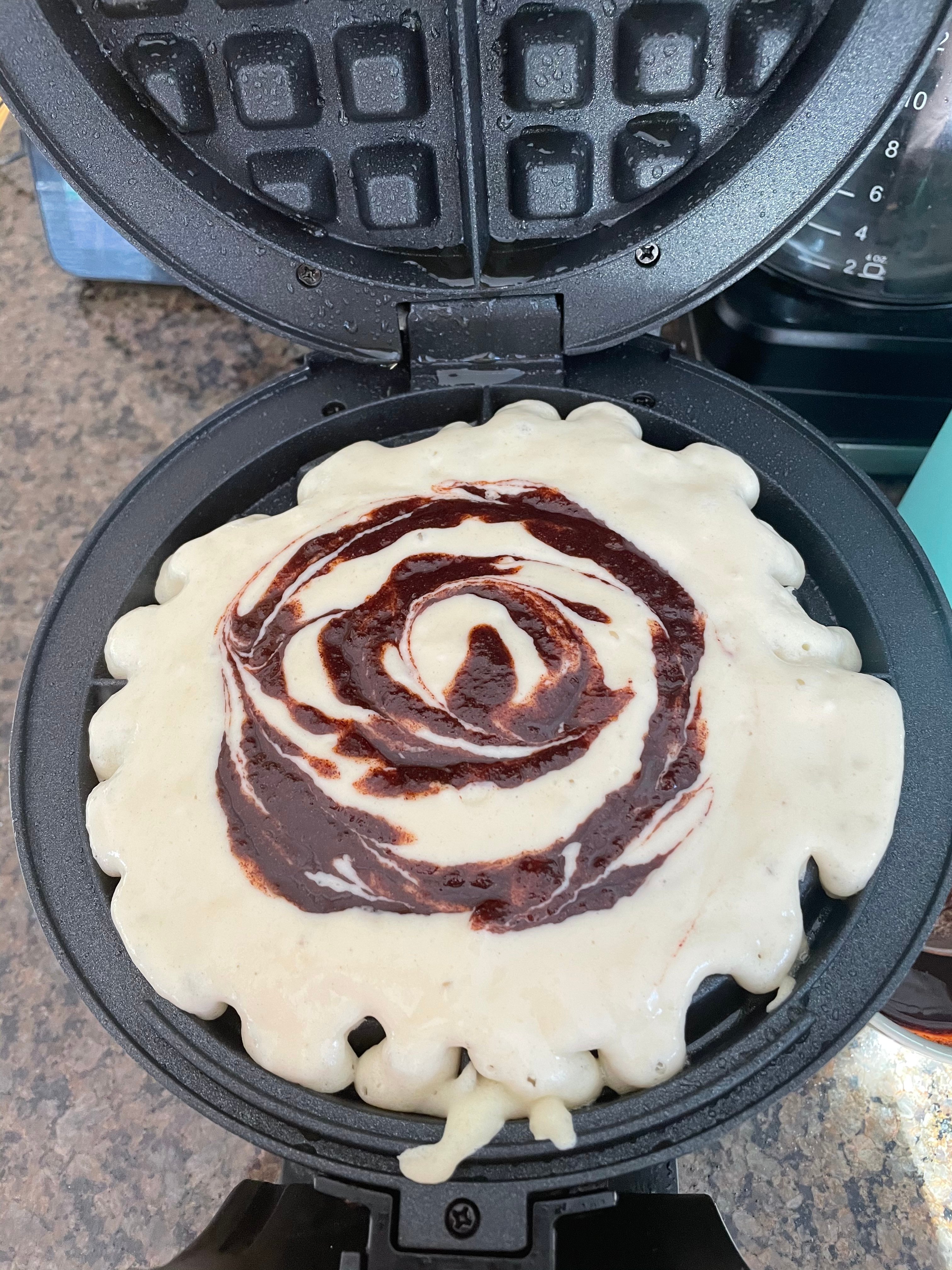 3. While the waffles are cooking, prepare the icing: whisk together the confectioner's sugar and 1 tbsp of milk. Add in the cream cheese and whisk again. If you like your icing less thick, add in a little more of the milk.

4. Cook until the waffle iron is no longer steaming. 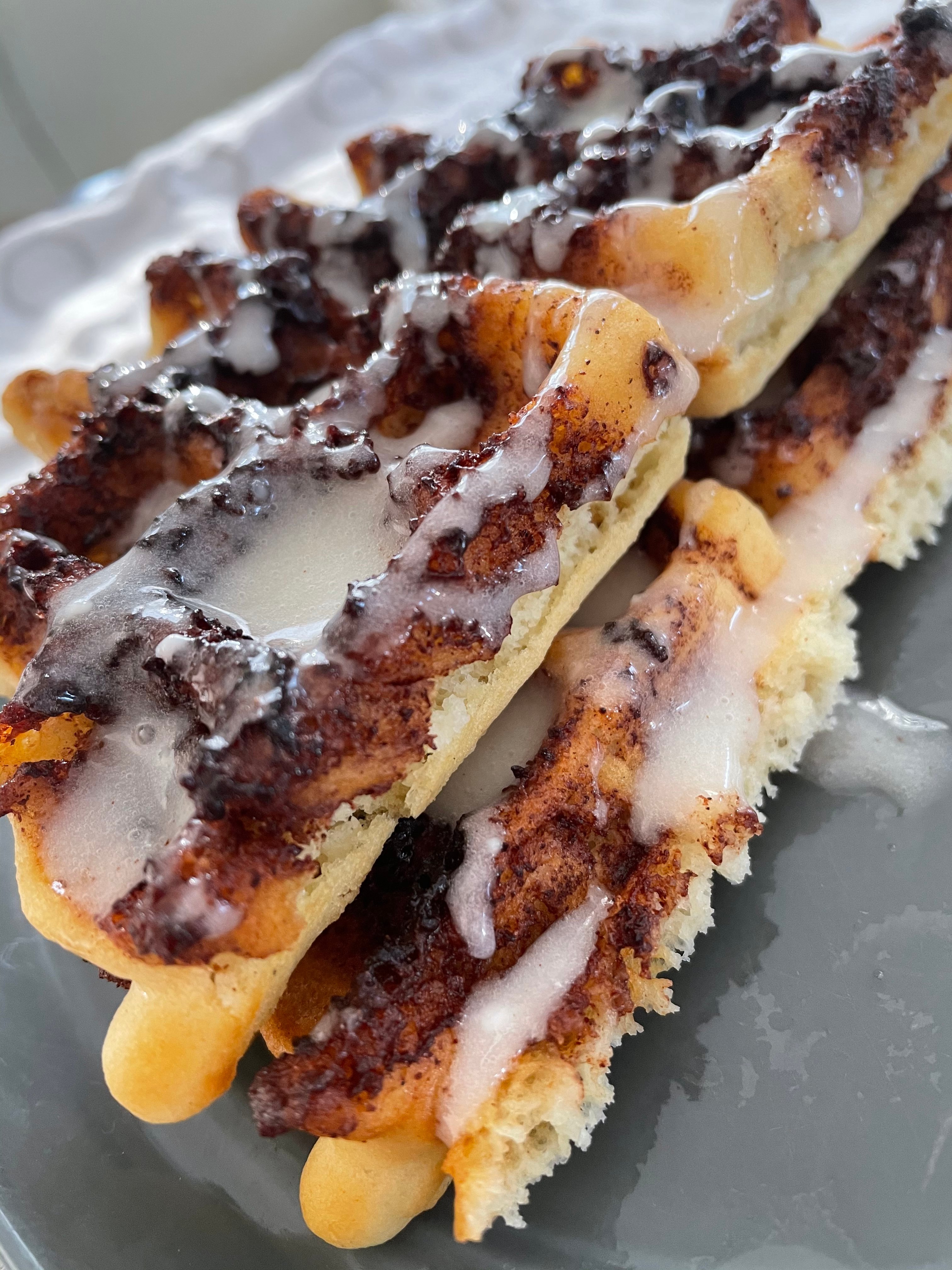 This recipe is so good, it may just be a new birthday tradition!

I’m a local mom of two, excited to work for and with you to bring you the best local events and family resources!